The wonders of the internet

Chatting with a friend at work today, I thought how interesting my life had become, if just a little tiring. It’s also impeding my ability to post somewhat!

Monday following the release of the terms of reference for the white paper on the future of the Australian federation, I did a radio spot for ABC New England North West on 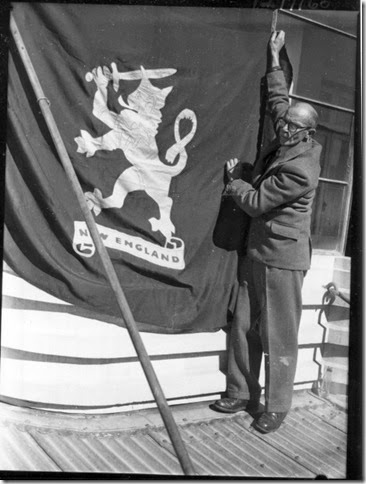 the history of the New England new state movement. I was followed by Barnaby Joyce. This was the second on-line bit I had done for them. You will find the first here, the second here; this includes Barnaby’s interview.

I did the interview in the open plan office where I am currently dong some contract work to fund my writing addiction. That was an interesting experience in itself! I was actually a bit scared that the background noise would be broadcast live. Then over Monday there were a number of tweets and re-tweets; membership of the New England New State Movement Facebook page suddenly jumped from 159 to 306!

Monday night dinner (Peking Duck; a tradition) with eldest where we talked about her visit to Copenhagen. She has been working on a large IT project with Maersk. It would be inappropriate to talk about the conversation, but I was fascinated from a management perspective. Maersk has something to teach Australia.

Tuesday, the University of New England alumni office advised that Come to New England would be launched in Armidale on 25 July prior to the UNE Council meeting. This is the book that was to be published last year to commemorate the 85th/75th  anniversary of the Armidale Teachers’ College, University of New England, but was delayed; I have two chapters. Now it’s finally coming out. I can’t wait to get it in my hands.

I hastily emailed youngest. There is a degree of rivalry between us so far as writing is concerned. So I will be out there, but C has also re-edited the book (Blood Cross) she wrote when she was fifteen and sent it off for professional editing. Maybe I’m not as far in front as I would like to think!

Tuesday, too, Armidale Express Editor Lydia Roberts was enthusiastic about my proposed new six part series on the history of the Northern (New England) Separation Movement. I am going to try to write it so that it acts as a resource as well. In her reply, Lydia wondered if we might promote my new book Travels through New England: Journeys in Space and Time. Yes please! But my problem is 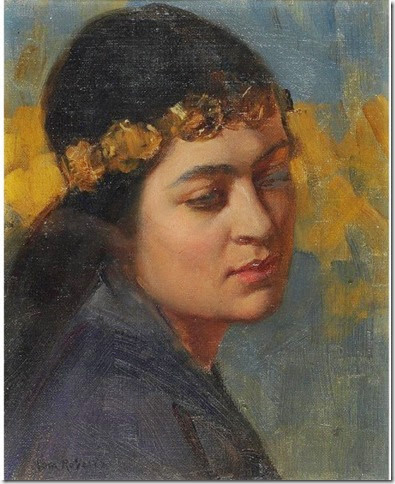 that its simply not far enough advanced. Can I speed up?

Also today, email re the New England Regional Art Museum debate. This is a reproduction of a Tom Roberts from one of the latest NERAM exhibitions.

The debate topic is Without art there would be no science. It is to held on Saturday 9 August 2014 at the TAS Hoskins Theatre. No guess as to which side I am on!

Then, Friday, I go to Armidale for a meeting of the Board of the New England Writers’ Centre.

Now, I sometimes get asked, why don’t you go back to Armidale since you are so involved there?  That misses the point. I need to be in Armidale sometimes, but that is not how I stay involved.

I am still involved in Armidale and the North because of the wonders of the internet and modern communications technology. I don’t need to be in Armidale to stay in touch, nor do I need to be in Newcastle or South Grafton. I can keep across 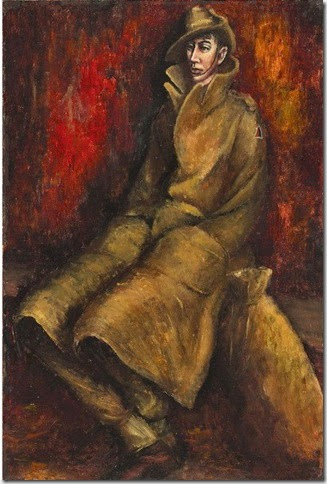 the whole area and beyond because of the wonders of the internet,

It used to be the case that, as you got older, your world diminished. That’s no longer true, unless you choose that path.

This is another piece from the current NERAM exhibitions, a Russell Drysdale.

I can look at the pieces on-line and then visit NERAM to look at them in the flesh. I am not bound by age. The internet frees limitations of age, culture and space.

I have never met Ramana or kvd, although now our intent exchanges are added to via email exchanges; I know both.

I have a very soft spot for Winton because we were co-editors of the UNE student newspaper. He is part of my young past, so I have multiple memories of him. I can shut my eyes now and see him as he was. Actually,I’m not sure that he has changed that much! But we met again through the internet.

I also met geologist Rod Holland through the internet.  Turns out, his brother worked for me. Rod is part of the New England group, joined by our love for place. When Ursh found that the Clarence Valley Council was removing two historic jacarandas, she appealed to me.There wasn’t a lot I could do at a distance, but I was involved. I think, I’m not absolutely sure, that I met Ursh on-line via Lynne Sanders-Braithwaite.

To support Ursh in a general sense, I’ve added some historical stuff to the We Love South Grafton Facebook page.

I don’t want to rattle on too much. I think that the point is, at least for me, that I am just so grateful for the things that the internet has given me. Yes, I have worked at it, but the results are quite astonishing!

Jim, you have me wondering - what is an intenet?

As was mine: I should perhaps said "wandering" ;)

Hi Jim
I don't think I have changed much either, except when I look in the mirror.

Intenet now corrected. Winton, do you know, I have exactly the same problem!