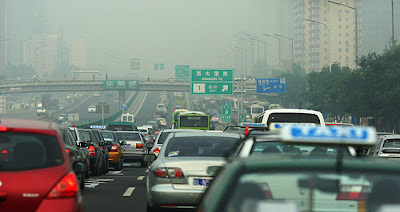 In Beijing, while there was a constant haze that stretched all the way to the Great Wall of China, the atmosphere was not too bad.

On our last day, the first day that the Olympic restrictions on traffic and industry were lifted, the smog as we drove to the airport was clearly worse. Buildings vanished into the haze.

Now according to Al Jazeera, the Chinese Government has decided to reinstate some of the Olympic controls to try to reduce the returned smog.