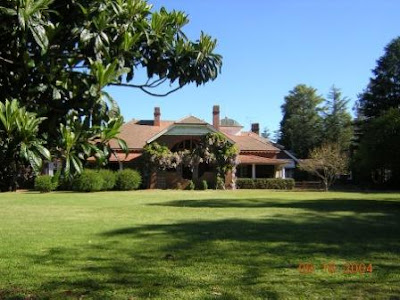 Visitor numbers on my various blogs to end September follow.

Total page views follow. These are not directly comparable with visitor numbers because they come from a different system. However, they do indicate trends.

The previous decline caused by irregular posting has reversed itself, although I still have a little way to get all blogs up to date. September visitor numbers were in fact a new record. In the absence of an unusual surge, I won't hit the 100,000 visitor mark in October, but will certainly pass that number in November.

As part of my updating, I have been looking again at the role of each blog. Each blog serves a different purpose and should have its own distinct character. However, eight blogs are a lot to maintain.

Over September I wrote 77 posts across my blogs. That's a lot. Once behind in posting, I struggle to catch up. Further, I do struggle to find the time to review and consolidate material, as well as the original research that formed one of my original blogging objectives. Here I saw the blogs as an outlet for self-publication.

To ease the posting load, I have been experimenting with shared content, taking a common topic that I can then variously tailor to the needs of individual blogs. Tourism and China is an example just at present.

Sometimes this works, sometimes not.

Take, as an example, the New England Australia - the world wool built series that I began sometime ago. I knew what I wanted to achieve here, using photographs to bring alive a now vanishing world. I also felt that the series would generate material that I could use on two other blogs. Well, I have struggled.

The three houses shown to this point are all White family properties, designed by two different architects, Pender from Maitland plus Horbury Hunt. The Penders were a regional firm, while Horbury Hunt is recognised as one of Australia's leading architects. Both left an indelible mark on the New England built landscape.

The White family itself is one of New England's leading pastoral dynasties. The writer Patrick White is from the Hunter Valley part of this family. Patrick White wrote full time on wealth from wool. To really tell the story of the houses and the life that centered round them, I needed to investigate the architects on one side, the family on the other. In doing so, I found (among other things) that Cranbrook at Rose Bay was also a White family home.

The message in all this is that what seemed such a simple idea at the time proved largely uncontrollable. I am still working out how best to manage the problem!

For October, I have set myself two key blogging priorities beyond the normal posting round.

The first is to update and consolidate some of my professional writing. This is important from a purely professional perspective, but is also helpful in a broader sense because my professional knowledge is one of the things that informs my overall writing.

The second is to make some further progress on the New England history side and, as part of this, see if I can make Belshaw sans words work. Can I actually do what I want to do in photo-journalism terms, or is it just too hard to do properly within available time?

On the photo blog, I look forward to it taking off. I find my photoblog the easiest to do -- minimal words after all. Just a matter of choosing the pics and finding a theme. I also find Windows Live Writer makes creating the entries a snap.

Thanks, Neil. As you might guess, part of my problem is simply over-ambition in terms of what can be achieved!