A personal memoir on Mel Ward

Dear memory is an imperfect beast. I saw from the Sydney Morning Herald that Mel Ward had died and wanted to write a short companion piece to the obituary by David Jellie with Les Kilmartin. To do this I really wanted some dates to provide a framework, but could not remember them properly. A web search provided some information, but not the critical dates I needed. Very frustrating.

I won't repeat the whole obituary, but I do need to give you a few facts from it to set a context. 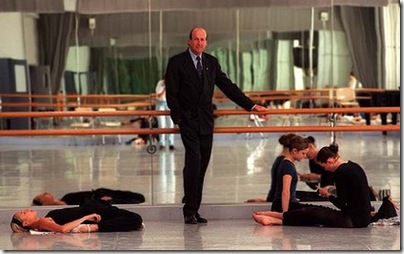 In 1965 he joined the Telecom Research Labs, rising through the ranks to become Telecom's chief general manager In 1984 and then managing director. He left Telecom towards the end of 1991 to pursue board and community interests. This included board membership and then chair of the Australian ballet.

Mel's later period with Telecom was a period of fundamental change in the Australian telecommunications sector. I want to focus on this period.

My relationship with Mel was a professional one. I did not know him well in a personal sense, although I saw him quite often for a time. Balding, he was a very tall man with a slight stoop and a habit of leaning down slightly to listen. I found him very likeable, although he sometimes displayed impatience with views that he thought were silly. In my roles he was just pleasant to work with, very unlike some of the CEO bully types.

I first met Mel when I was Assistant Secretary, Electronics, Aerospace and Information Industries in the Commonwealth Department of Industry and Commerce, later Industry, Technology and Commerce. From memory, I think that he had just become Telecom's GM.

In my role, I was responsible for advising on industry policy towards a very broad sector that included telecommunications equipment. We also had a focus on integrating equipment and services. To our mind, the old and rigid division between manufacturing and services had been invalidated by technological and structural change.

Operating in a remote country with a small domestic marketplace and a population distributed across a vast continent, first the old Post Master General's Department and then Telecom had effectively developed their own industry policy. They needed a local industry that would meet their needs.

As the sole purchaser, their approach determined the structure of the local telecommunications manufacturing sector. There were good and bad aspects to this.

On the good side, PMG/Telecom had an industry totally focused on meeting their needs, that could support them. On the bad side, Australia had a largely overseas owned industry whose total focus was on meeting the needs of a single domestic customer.

From my perspective, this had to change. If we were to grow the electronics, aerospace and information industries, then we had to have global focus and global growth.

The strategic importance of the telecommunications manufacturing sector to Telecom meant that our activities as policy advisers were of considerable interest to the organisation, leading to a steady stream of Telecom visitors, including Mel.

The first was the engineering and technical competence of Mel and, more broadly, Telecom as a whole. As a simple example,  the work Mel did led  in part to the world's first computer-controlled digital telephone exchange, built in Melbourne in 1974.

One day I would like to see a proper history of the Telecom Research Labs. In a small population country, the work done by the big labs - CSIRO, DSTO, Telecom Research Laboratories, the AWA Labs - was critical. Telecom's technical competence was important not just in local service delivery, but in the disproportionate contribution Australia made to global technological advance and to action in areas such as standards and standardisation within telecommunications.

The second was Mel's and Telecom's commitment to local industry. It wasn't just a matter of organisation need, but an emotional bond. Herein lay a problem from our perspective.

By global standards, Telecom was a leading edge customer. However, the Australian industry was dominated by foreign owned firms. Telecom supported local industry, but was focused on its own immediate needs. This meant that the technological advances flowing from Telecom's work did not lead to a growing local sector servicing international markets. Instead, they facilitated global multinational growth. L M Ericsson's global success in digital exchanges rested heavily on Australia, but did not benefit Australia beyond the gains coming from the equipment installed here.

What we tried to do in response, and failed, is beyond the scope of this memoir, although I will return to it in another post. For the moment, I just note that Mel was prepared to discuss issue rationally, to listen to alternative views. Further, Telecom itself was prepared to do things, to make changes. This became an important element in our plans.

The strategic position that Mel faced as Chief General Manager and then as Managing Director was complicated in the extreme.

He knew that Telecom as an organisation had to make changes - from his appointment to his departure Telecom reduced staff from 93,000 to 69,000. He had to deal with staff and unions in making those changes. He knew that Telstra was facing fundamental global change. He also had to deal with politicians and public servants in Canberra, many of whom knew nothing about telecoms, but applied generalised economic nostrums independent of market and industry realities. It wasn't an easy job!

In the middle of 1987, I moved to Armidale to set up a business providing consulting, training and information services to the electronics, aerospace and information industries. In essence, I was putting my money where my policy mouth had been. I had said that these industries had a future in Australia. If so, I should be able to grow a business supporting them.

Once we started, Telecom quickly became one of our two biggest customers. For the record, I should note that I did not leave the Commonwealth Public Service with Telstra as a base customer. It took some time and a lot of investment in industry research before we gained our first contract with Telecom.

At our peak, we were doing work for five different units within Telecom, supporting a team of six full time staff equivalents, probably the largest telecommunications research group in Australia at the time. Our first and lead customer was Terry Cutler, then head of Telecom Corporate Strategy.

While we did a range of projects for Terry, our biggest one was the development of a qualitative model of the global communications environment. This involved an analysis of the strategic focus and investment patterns of the top fifty global Telcos, looking for common elements and key trends, then matching this with our general industry and economic analysis. Our focus was on the implications of convergence.

We got some things wrong, but we did accurately predict key trends within telecoms over the following fifteen years.

I didn't have a lot of direct contact with Mel over this period. However, I certainly understood the challenges that he was facing.

My last direct formal meeting with Mel came a little before his resignation.

Because of the work that I had been doing, a number of units asked me to be key note speaker at unit meetings. Here in discussion I found common and constant concerns among staff about Telecom's direction. I knew that some of this was inevitable, but there were also common threads that could be addressed.

While I was not now in direct contact with Mel, I rang him and arranged to see him in Melbourne for a briefing.

It actually wasn't  a very good meeting because I was focused on providing information, whereas Mel was thinking of responses. Further, he was operating under constraints. However he was, as he had been at the beginning, unfailingly polite.

Thanks for sharing such beneficial information with us. Your article is really very enjoyable while reading about Personal Reflections and please keep sharing more.